Welcome to the home of the handsome and wealthy district overlooking Coogee Bay.

Step back in time to the 1890’s in Sydney, imagine you are a visitor arriving by a tram powered by steam into Randwick. 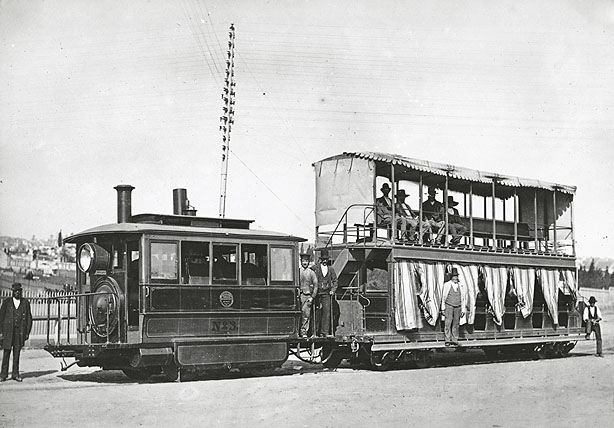 Image: By Photographic Collection from Australia - Steam TramUploaded by Oxyman, CC BY 2.0

At the heart of this handsome and wealthy township was a central park laid-out like an English ‘Village Green’ called High Cross Park. Here you could sit and admire the decorative private villas in Queen Anne revival style, once called Edith and Essex House, built in 1890, and now part of the Sydney Lodges Group of properties where you can stay, known as High Cross Randwick. Famous for its Victorian-featured architecture; of classic cast iron verandahs, balcony posts, lace fringes and ‘witches’ hat roofing peak.

Over the next 3 decades, High Cross Park grew to be surrounded by the key historic buildings of the village, all of which can still be seen today. 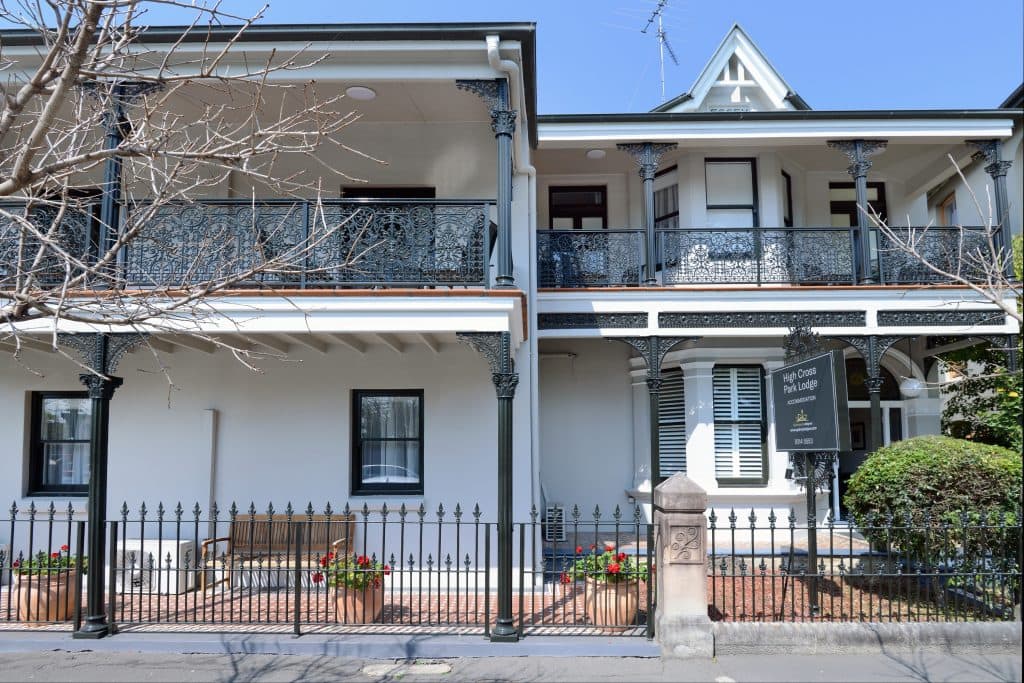 High Cross Randwick, (pictured above today) was built on Cuthill Street, Randwick.  The street was named after the ill-fated Dr Alexander Cuthill who was the first medical officer of the Destitute Children’s Asylum in Paddington the first of it's kind looking after homeless and sick children. Cuthill was murdered in 1854, but he was starting to plan a new build just before he died. His legacy was in the form of a bequest to build a larger children’s asylum in Randwick and has laid the foundation stone for today's Randwick medical and hospital hub that stretches for miles and is directly across the road from our Avoca Randwick property, popular for those who are visiting the hospital.

Randwick is full of local pubs and two of its most famous heritage style are the Royal Hotel and the Coach and Horses Hotel, both still serving you a nice icy cold beer and great pub food for lunch or dinner.

The Coach and Horses was built in 1856 and run by the Grice family. It quickly became the favourite place for Randwick's Horse Racing crowd for jockeys and trainers to stay, as they could also accommodate all the horses in stalls at the back of the hotel.

John Grice also established the first horse-drawn bus “omnibus” which transported city race-goers from Wynyard to Royal Randwick Racecourse and then on up the hill to his pub.  However, the ride was more often free for its passengers as they got bogged in the sandy soils around Centennial Park and had to get out and push for the rest of the trip.

In 1863 the hotel and surrounding area was refurbished into a luxurious resort and amusement park, known as Vauxhall Pleasure Gardens which included a bowling green, a menagerie, dance hall and croquet lawns but it fell into disrepair when John Grice and his wife suddenly died within months of each other. Today the Coach and Horses has been refurbished with a replica of its original façade and is still a favourite drinking hole amongst the locals.

Neighbours to our properties at Perouse Randwick and High Cross Randwick, The Royal Hotel was built in 1887 and still has its decorative wrought-iron balconies and has since become part of the National Trust of Australia.

One of the most famous stories to come out of the Royal Hotel was when Edmund Barton, the member for Randwick (who later became the first Prime Minister of Australia) made his “Vote for Federating the Colonies” speech from the balconies of the Royal Hotel. Thousands came to stand in the streets around High Cross Randwick to listen and applaud the great man.

Explore Randwick’s Heritage Walk with a self-guided walking tour of Sydney’s oldest municipality.  Download the app and follow an hour long walking tour to get to know the area find link here

One of our favourite places to stroll like a local is Gordon’s Bay, which was officially named after Lewis Gordon Government Surveyor who received a grant of 40 acres of land around Coogee Bay in 1840.  On it the original Cliffbrook House was built in 1883 with its expansive view over Coogee water and district.  A path wound through the trees and down steps to the beach and a boathouse – the steps are still used today leading down to the Gordon’s Bay beach on the Coogee to Clovelly part of the Coastal Walk.

In the early 1900’s Cliffbrook House was renovated into a grand Italianate styled property where garden parties for local dignitaries and their ladies, until it was subdivided in 1922 and the elegant old Cliffbrook Home was sold many times again until it crumbled. The second Cliffbrook was built in the 1950’s as a replica of the first and now is owned by the University of NSW as part of a restoration of historic buildings program.

As mentioned above, the Victorian era from the late 1890’s is still seen in many heritage listed properties that you will see on the Heritage Walk.

Look out for these places as you walk around the area:

Randwick’s next important stage of growth was when it came to life as a buzzing commercial and entertainment hub in the 1930’s, highlighted as the “Golden Age” of Cinema.

The Ritz Theatre can still be found at “The Spot” right around the corner from our Randwick properties.  Built in 1937, the Ritz Cinema is seen as the Art Deco centrepiece of the “The Spot” of Randwick. With a seating capacity of 900, it was designed by Aaron Bolot and constructed of brick with a galvanised iron roof supported on angle steel trusses. The rendered facade reflects the early skyscraper style concept with a strong vertical emphasis expressed by vertical linear ribbing and reeding, as well as the stepped parapet. Many of Bolot's other art deco buildings can be found near our other properties at Potts Point.

The Ritz became part of the local catholic school that backs onto it, Bridgidine for many years but had a tumultuous time in the 1980's when it was being threatened with demolition.  A public campaign with the help of local Coogee actor, Mel Gibson, helped to save it.  The NSW Government then placed a Permanent Conservation Order on the building. 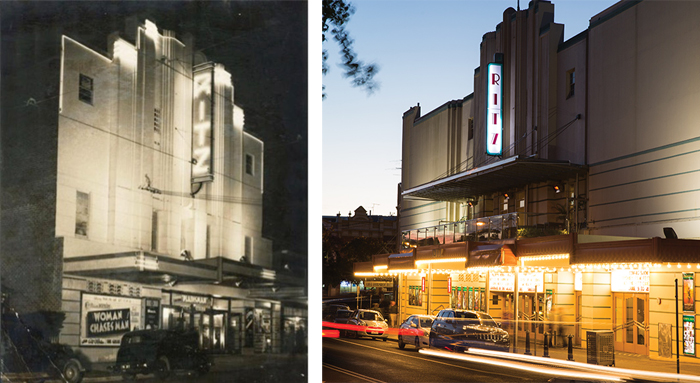 Randwick Ritz, then and now.
Experience a night at the Ritz with it's beautifully designed cinemas and art deco bar area on the first floor.

In 2008 the Australian Film Festival and Randwick City Council estalished the Austrailan Film Walk of Fame located on the footpath outside the Ritz, to recognize and honour Australian actors.  Go for a wander along the Hall of Fame to see the famous hand prints in the pavement just down and around the corner from Perouse Randwick at The Spot.