Our four boutique properties located in Potts Point are just a short walk or train ride away from the centre of the Sydney CBD, Sydney Harbour, Botanic Gardens and Oxford Street.

The Bayswater Sydney
future rates from $155.79

Our accommodation located in Potts Point is just a short walk or train ride away from the centre of the Sydney CBD and Sydney Harbour. They are also walking distance to the Royal Botanic Gardens, Woolloomooloo Wharf and Oxford Street.

The convenient central location of The Bayswater Sydney is sure to make your trip memorable.

All properties are easily accessible from the Airport or the Sydney CBD, by taxi; by train – disembarking at Kings Cross Station; or by the airport shuttle buses that service the area.

With its tree-lined streets and abundance of cafes and bars, Potts Point is reminiscent of a European city. The area has a trendy, village vibe, and with many notable cafes and restaurants it’s a food lovers dream.

Similarly to Potts Point, neighbouring Kings Cross has an abundance of dining options. Kings Cross, or simply ‘The Cross’, is also known for its lively nightclubs and chic bars and cocktail lounges.

Above the intersection of William Street and Darlinghurst Road is the iconic Coca-Cola billboard, usually referred to as the ‘Coke Sign’. The billboard was erected in 1974 and marks the entrance to Kings Cross.

On the corner of Darlinghurst Road and Macleay Street is the El Alamein Memorial Fountain. The Fountain was commissioned as a memorial to soldiers who died in 1942 during WWII, in two battles at El Alamein, Egypt. Since its addition in 1959, the Fountain has become a well-known landmark of Kings Cross and often serves as a meeting point for locals and visitors.

Potts Point and the surrounding area has a rich history, reflected in its grand Georgian mansions and architectural monuments built in the 1800s and early 1900s. The area was originally called Woolloomooloo Hill, but was renamed Potts Point by Joseph Hyde Potts after he purchased six and a half acres of land.

Kings Cross was once known for its grand theatres and music halls. However the area was transformed by the influx of WWII troops, returning to and visiting the nearby naval base at Garden Island.

In 1897 the intersection where the Coca-Cola billboard stands today was named Queen’s Cross, in celebration of Queen Victoria’s Diamond Jubilee. This caused some confusion with Queen’s Square in the city, and so was re-named Kings Cross in 1905, after King Edward VII.

The area has since become vibrant with restaurants, nightlife, and of course – our boutique accommodation near Sydney’s CBD.
Search properties by map
FAQs

What are the reception's operating hours?

If you are arriving after hours please contact us direct to find out the late arrival instructions.

The front door to the property is locked for security purposes when reception is closed. Your room key will allow you access to the building after the doors are closed so please ensure you keep it with you at all times. Our Front Desk team will assist you if you have any issues accessing the building after hours.

What time is check-in and check-out?

Check-in from 2:00 PM. Please contact us to advise your ETA before arrival.

Can I store my luggage?

Yes, if you arrive prior to 2 pm and your room is not ready, we would be happy to store your luggage in our luggage room.

*Sydney Lodges will take no responsibility for valuables left in storage. Please take all valuable items with you.

Yes, high-speed Optic Fiber Wifi is available at this property. We offer free unlimited access to all guests booking direct. If you have booked through a third party (OTAs such as booking.com, Expedia, ... ) we also offer free wireless internet, however, data limitations may apply.

If you would like to connect to the Internet, please choose “Bayswater WiFi” from the available Wi-Fi networks. A webpage will then open up and you’ll be prompted to enter your room number and the exact surname on your reservation to complete the connection. If you experience any difficulty connecting to the Wi-Fi please contact our friendly Front Desk team.

Are there laundry facilities?

Shared laundry facilities are available for guests to use at a small additional cost.

Are pets allowed?
No, we do not allow pets. We do allow service animals, please speak with the property before your arrival if you will be travelling with a service animal.
Are there smoking rooms available?
No, our property and rooms are all smoke-free in accordance with NSW Legislation.
Is on-site parking available?

No, there is no on-site parking available.

Off-site parking is available at Secure Parking Kings Cross parking station on Ward Avenue, behind the Fountain and the Police Station.

This is approximately a 5-minute walk to the property. The maximum height clearance for vehicles is 2 metres.

We offer a special discount for our guests: $25 per 24 hours.

It is most important that you collect and pay for your discount parking ticket from Reception, prior to returning to your car.

This discount is only for a one-time entry and one-time exit. Minimum stay of 5 hours up to a maximum of 24 hours.

IMPORTANT: This parking arrangement is for overnight purposes only. It does not allow you to take your car in and out throughout the day.

How far is it to the train station?
Kings Cross Train Station on the T4 Eastern Suburbs & Illawarra line is a 3 minute walk to The Bayswater Sydney.
Is there a grocery store nearby?

Coles supermarket is located in the Kings Cross Shopping Centre, under the Coca-Cola sign on Darlinghurst Road, a short walk away.

Is there a hospital nearby?

Do you have a lift / elevator?

Yes. There is lift access to four of the five floors of the property. Please note there are some steps at the main entrance from street level. 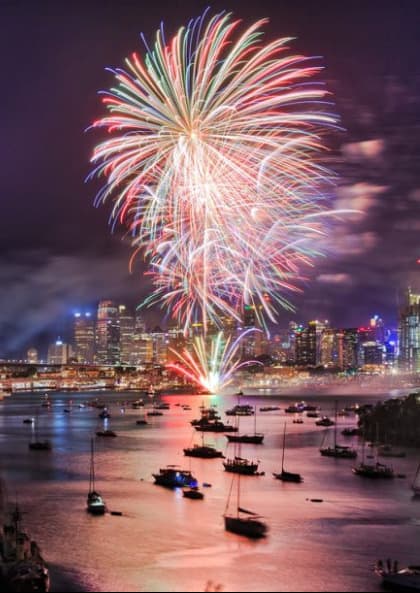 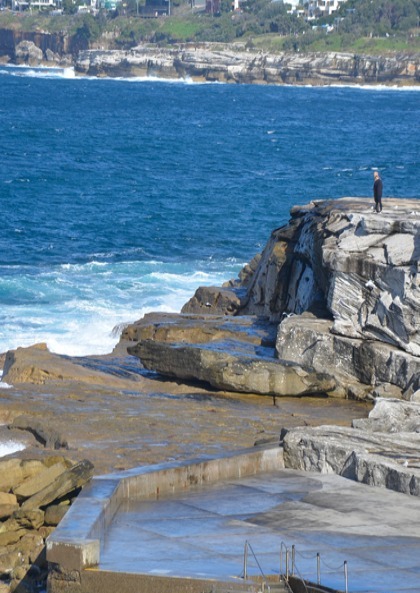 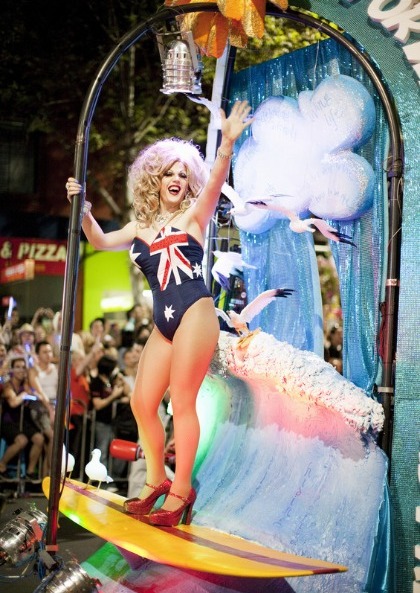 What's On Stage in Sydney 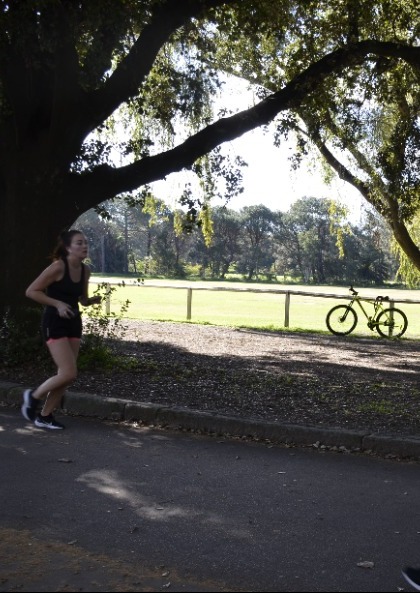 The ideal weekend in Randwick

What's On in Sydney 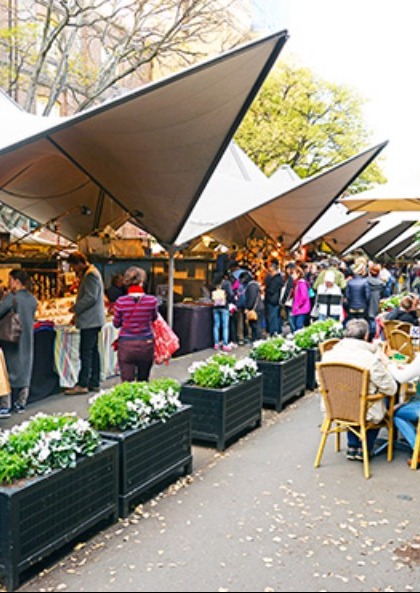 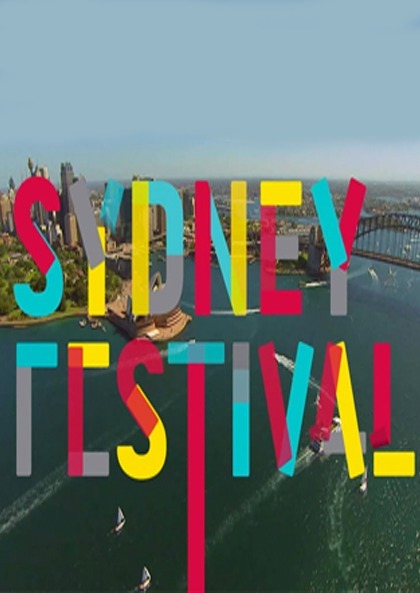 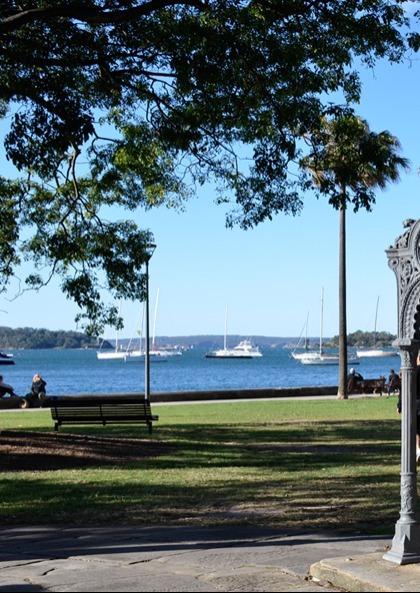 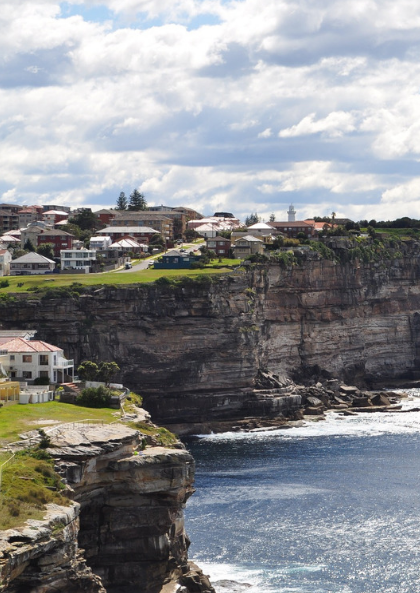 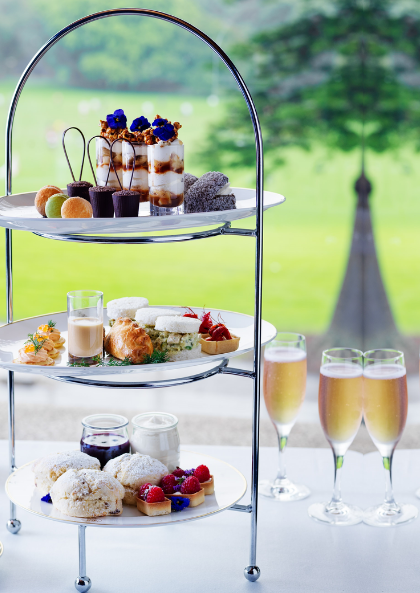 High Tea like a Royal at the NSW Parliament 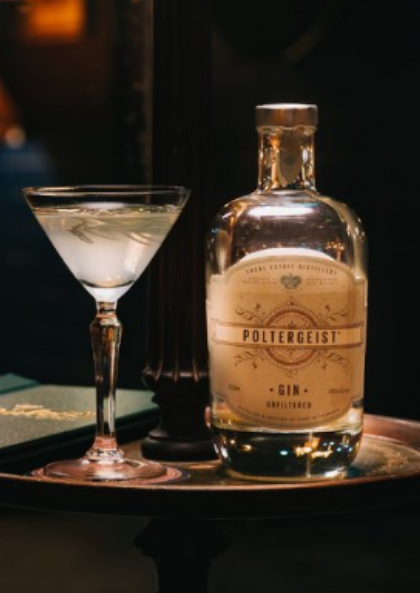 Our top 7 hidden bars in Sydney 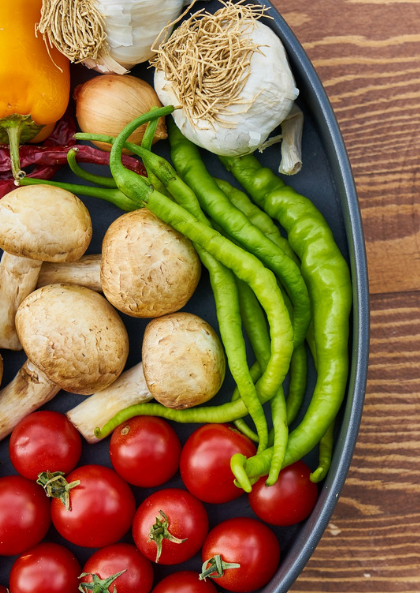 Best of What to See and Do in Barangaroo 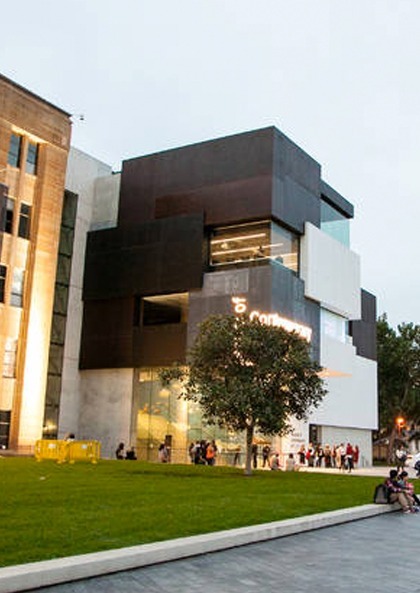 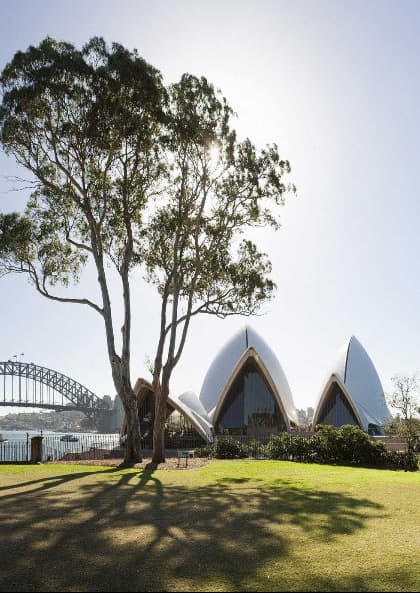 Best Things To Do In Darling Harbour 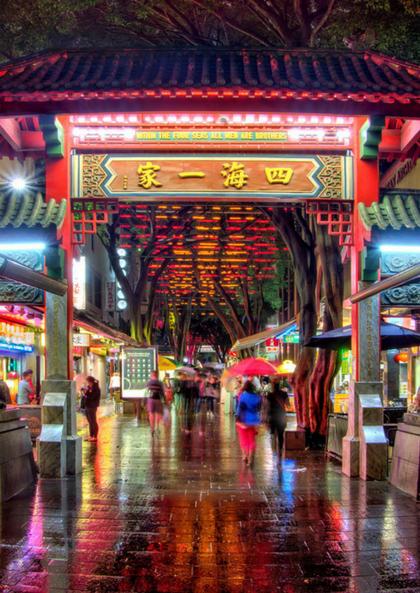 Shopping in the Sydney CBD 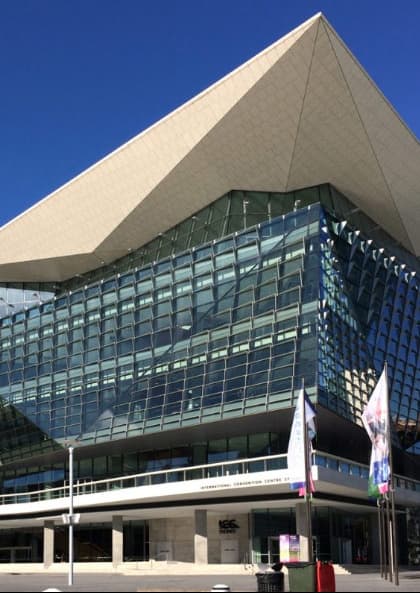 Sydney Conferences and Exhibitions at the ICC 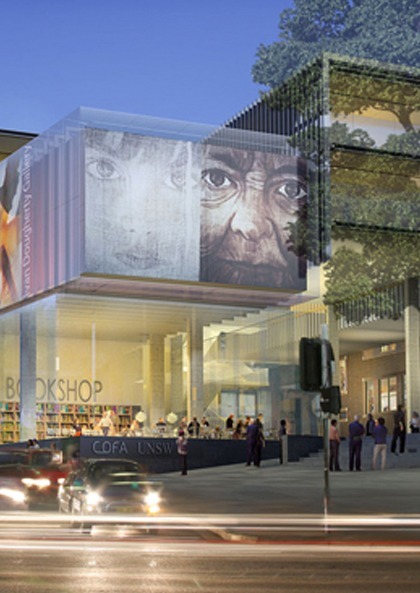 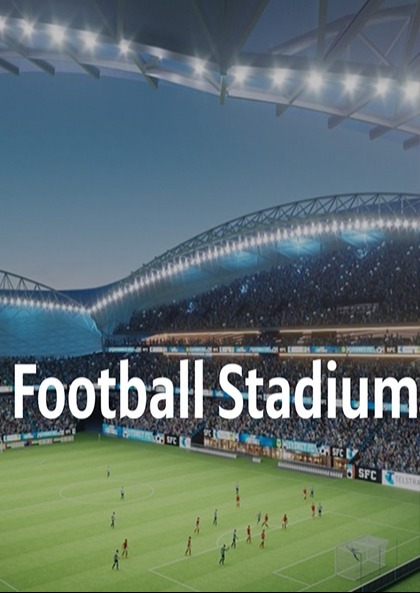 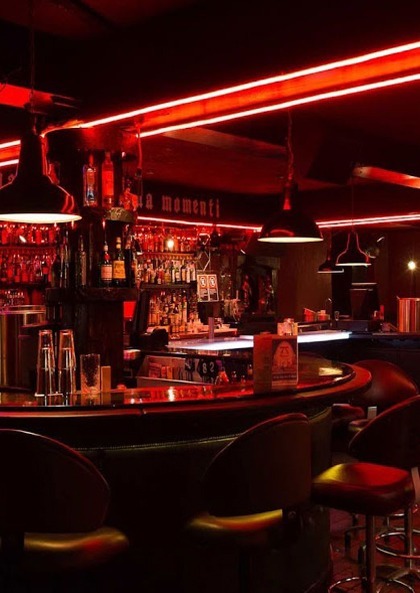 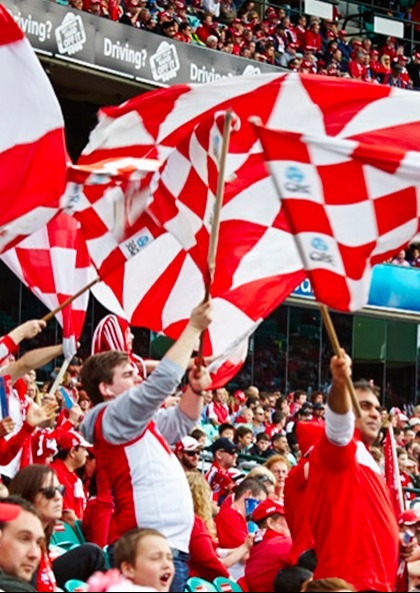 AFL and NRL - Accommodation Near The SCG 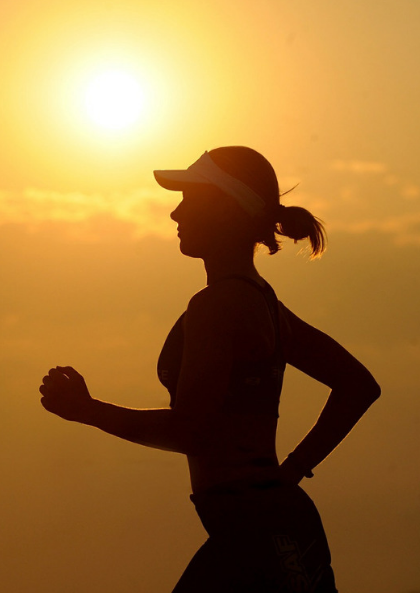