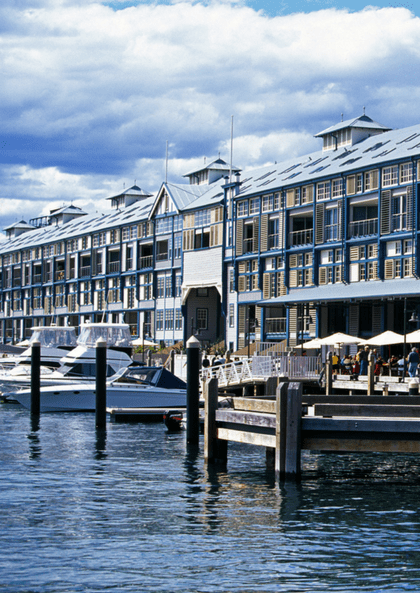 Tip: Stroll through the Royal Botanic Garden and the Art Gallery then head back to the Finger Wharf for lunch on the water, or perhaps visit Andrew 'Boy' Charlton (aka ABC) Swimming Pool for a cool off in the harbourside 50m fresh water pool, relaxing sunbake and lunch in their cafe by the harbour watching the passing parade of racing yachts dash in and out of the ferry pathways, or dream of your own Maxi Yacht that all share moorings alongside you at Woolloomooloo Bay.